PowerBeatsVR Update Lets You Work Out to Your Own Beat

German independent game studio Five Mind Creations released a new update for its rhythm-based VR workout game “PowerBeatsVR” that lets players choose between official songs with leaderboards or their own music library for which the game auto-generates suitable workouts at three difficulty levels.

The update also introduces an easy-to-use level editor and new features, such as an additional strength and activity bonus, an indicator for the direction to punch multiple targets in a row, the option to choose between curved and straight flight paths for incoming objects, and several game modifiers, amongst them a “Super Speed” modifier.

The rhythm game is designed as a physically intense workout that induces whole-body movements. It will let players move, squat, sidestep and leap around obstacles while training agility, stamina, strength and reflexes and burning calories. Everything gets tracked and analyzed, so players can see how many calories they have burned over time and how their performance is progressing. 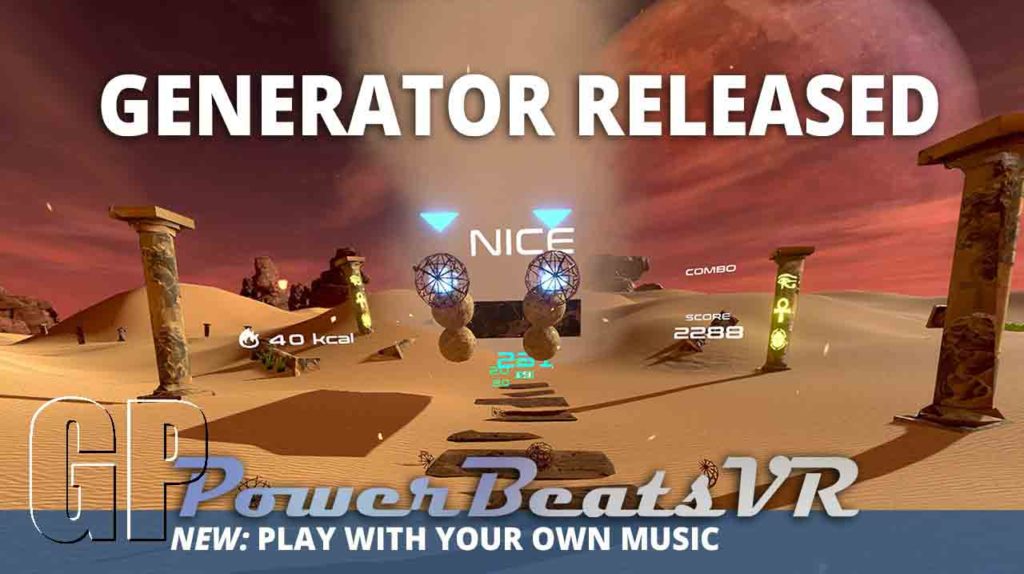