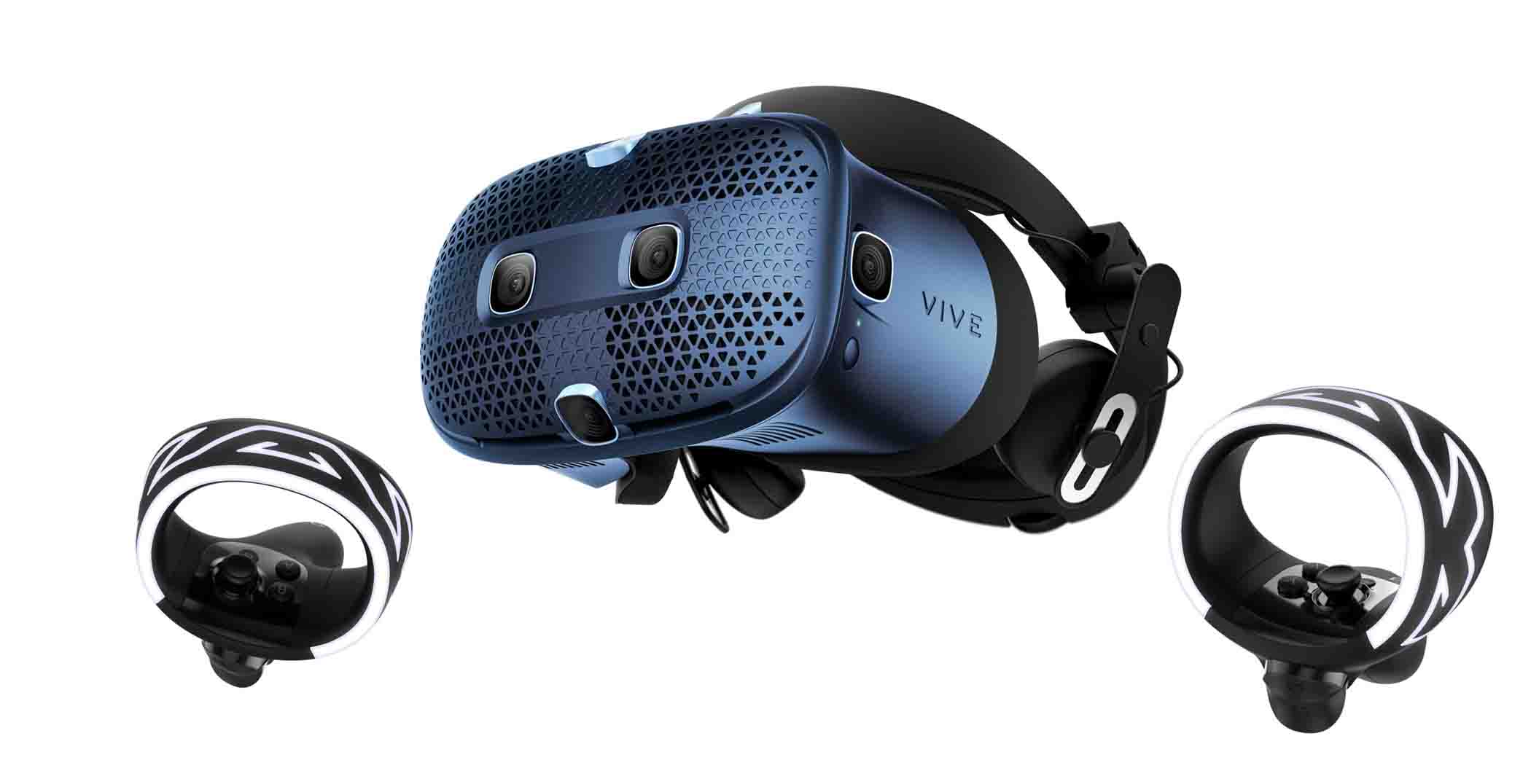 HTC announced that it has started taking pre-orders for its highly anticipated Vive Cosmos virtual reality system. The new platform will be available globally on Oct. 3 priced at $699 (U.S.)

The PC-based virtual reality system is designed to grow with users over time through a modular faceplate design that can change the functionality of the headset, such as the newly announced Vive Cosmos External Tracking Mod.

"Since Vive began our VR journey, we've continued to refine and improve on what a premium VR experience can and should be," said Daniel O'Brien, GM, Americas, HTC Vive. "Cosmos offers an unmatched experience and is also our most versatile headset yet – with inside-out tracking, options in the future for different faceplates, unlimited content in the box, and the new user interface, we see limitless possibilities for XR customers."

A unique flip-up design allows users to jump between reality and virtual reality without disrupting VR journeys. Its ergonomics allow for longer VR experiences and integrated on-ear headphones provide fully immersive sound. Cosmos also features completely redesigned, more comfortable controllers. Cosmos is also compatible with the Vive Wireless Adapter for those who want to move in VR without being tethered.

With a modular faceplate design, Vive Cosmos is designed for upcoming accessories that will change the functionality of the headset and grow with users over time. The first official "mod," announced today, is the Vive Cosmos External Tracking Mod for customers that want to continue to use their existing Lighthouse base stations for tracking scenarios, but also take advantage of the performance of Vive Cosmos. This first base station-compatible mod supports Vive's ecosystem of peripherals including the Vive Tracker giving users the freedom to chose their VR input controls. This new mod will be available in Q1 of next year.

Customers who pre-order by Oct. 2 will get a 12-month Viveport Infinity subscription. Viveport Infinity gives unlimited access to hundreds of top-rated VR apps, games and videos like A Fisherman's Tale, Fujii and Ninja Legends, as well as premium videos from top brands like GoPro, Discovery Channel and Animal Planet. In tandem with the Vive Cosmos launch, Viveport Infinity will be adding new titles such as Doctor Who: The Edge of Time by Maze Theory, Playstack and BBC; Eleven Eleven by Syfy; Battlewake by Survios; Gloomy Eyes by Atlas V and 3dar; Swords of Gargantua by Yomuneco and gumi; and MLB Home Run Derby VR by MLB.

Vive Cosmos is the first headset to offer the Vive Reality System, a new core software experience for Vive. The Vive Reality System is an entirely new design philosophy for VR that makes VR feel less like launching apps and more like stepping between worlds. Cosmos will feature a redesigned user interface called Lens to easily navigate XR and Viveport Infinity applications, and a new, dynamic home space called Origin. The Origin space is the launchpad for VR applications and interactive experiences that will grow over time.

Vive Cosmos is available for pre-order as of today from HTC on vive.com as well as through select retailers Amazon.com, Best Buy Canada, B&H Photo, GameStop, Newegg.com and Walmart.com.