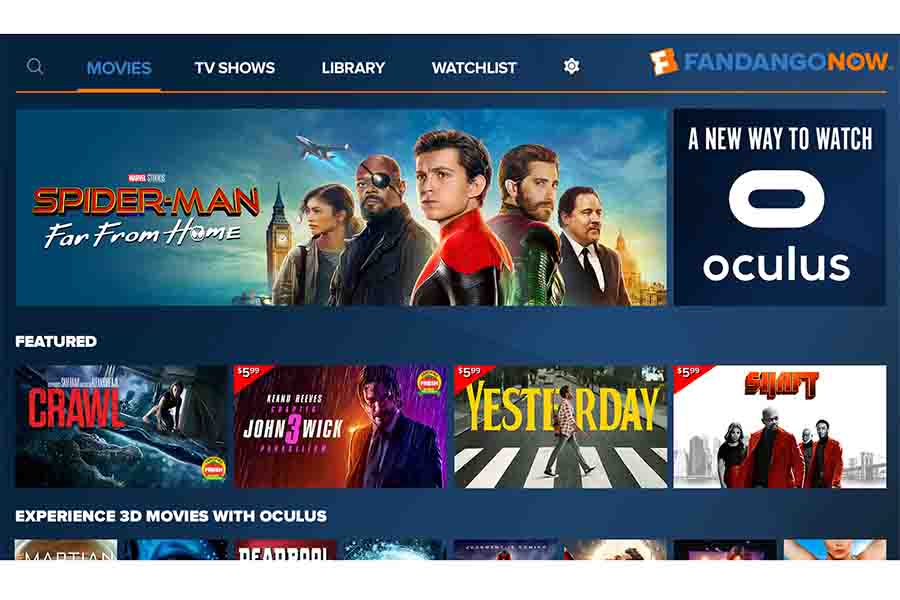 FandangoNOW, a U.S.-based online video-on-demand service from Fandango, announced that the launch of a premier movie and TV store on Oculus Go and Quest. The new store provides Oculus users with access to FandangoNOW's collection of over 90,000 new release and catalog movies and next-day TV shows with no subscription fees.

Hundreds of 3D titles, including Sony Pictures Entertainment's hit film, Spider-Man: Far from Home, will be available to stream through FandangoNOW on the Oculus headset, bringing film fans together in front of a virtual 180-inch television screen from the comfort of their own homes.

"We are constantly looking for innovative ways to deliver high-quality entertainment to movie and TV fans on pioneering platforms," said Fandango president Paul Yanover. "Our new initiative with Oculus will give fans a new and exciting way to explore, discover and truly immerse themselves in the movies, bringing them to new cinematic worlds they've never visited before."

"We know how much people love experiencing media in VR," said Oculus head of media Colum Slevin. "The immersive nature of VR along with the extensive catalog of 3D and traditional films coming with FandangoNOW is a winning combination."

FandangoNOW is available now on Oculus Go and Oculus Quest, but it is only available in the U.S.