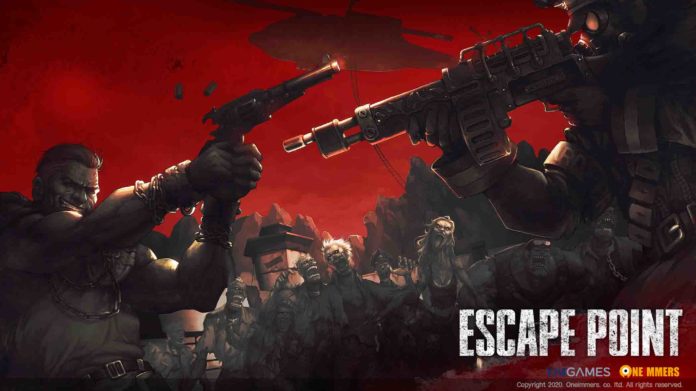 Previous articlePowerBeatsVR Update Lets You Work Out to Your Own Beat
Next articleSpace Channel 5 Returns this Month with a Kinda Funky News Flash!
FlatlandersGameplayNewsHeadlines

Korean game developer oneIMMERS released its latest VR game “Escape Point” on the Oculus Store available for free. “Escape Point” is set in a prison overrun by zombies. Players have to escape from the prison while accomplishing sub-missions given to each player. The sub-missions could mean cooperation or betrayal.

“Escape Point” is a multi-player VR game for 1-8 players.

oneIMMERS, the developer behind “Dessert Slice,” “MyTown: Zombie” and “MyTown: Diet Smash,” is planning to add a new battle royal-style mode called ‘death match’ as well as a multi-player mode for up to 32 concurrent users. The company is also planning to release on SteamVR in Q1, enabling Oculus and SteamVR users to enjoy the game together.

“With successful launching ‘MyTown’ series in LBEs, we developed ‘Escape Point,’ in which user experience varies depending on players’ choices and actions,” said Bo Geun Yang, division manager of oneIMMERS. “We hope all the users in the world would enjoy the game.”

More information on “Escape Point” is available at http://escapepointvr.com/, or download the game from the Oculus Store: https://www.oculus.com/experiences/rift/2820638627997195/