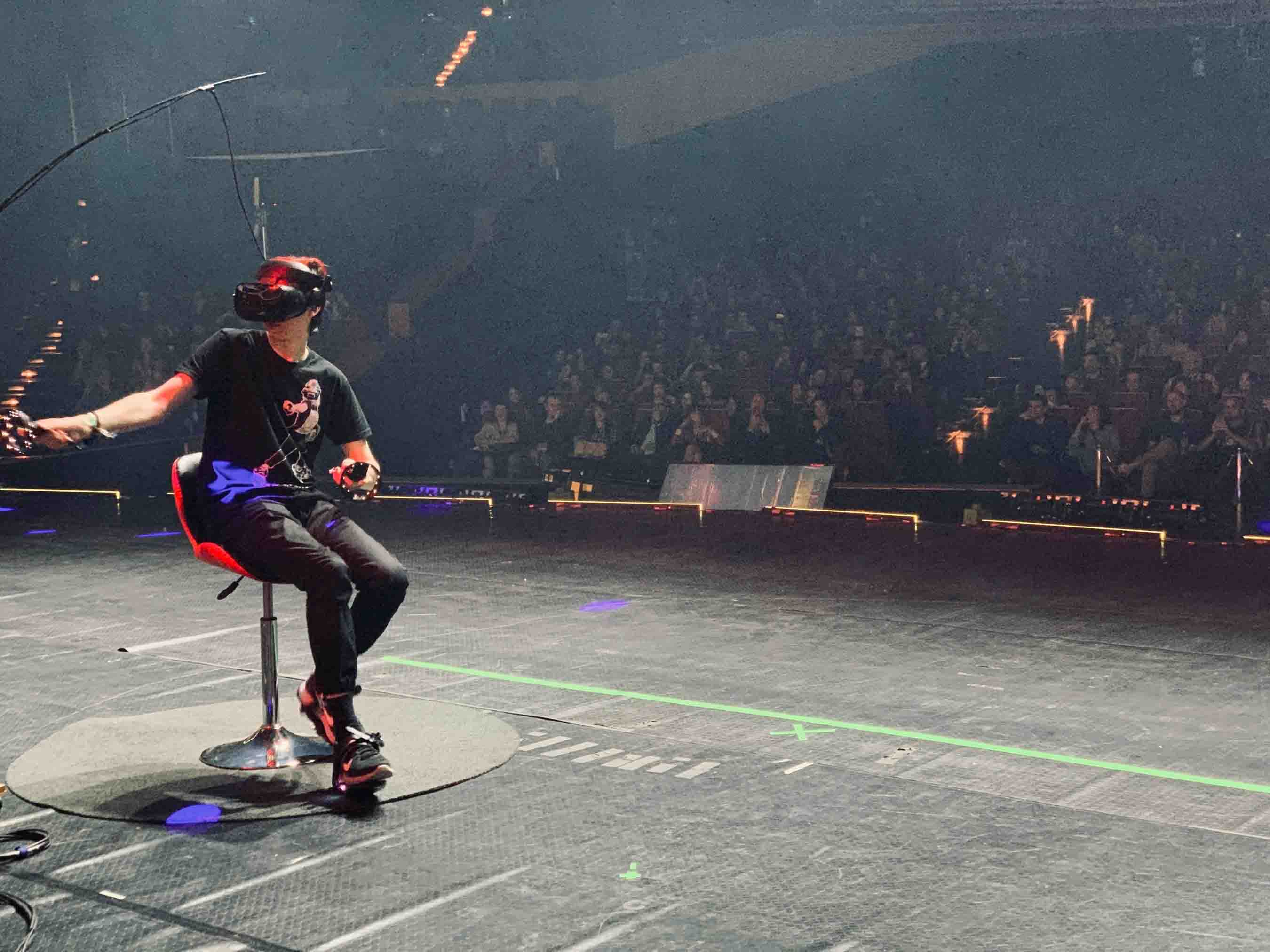 Austrian tech start-up Cybershoes GmbH is demonstrating its new Cybershoes virtual reality accessory at Gamescom 2019 in Cologne, Germany. The system gives users the ability to walk, run, turn around in 360 degrees and even jump, using their real legs. Users can now step into their virtual spaceships, run away from zombies, or jump right into fantasy worlds.

The company introduced its prototype at last year's Gamescom, where it was nominated for the Best Hardware award. Now the company says the system is ready to ship. It includes a 360 degree swivel chair and a matching carpet as well as special shoes that strap on over your regular shoes using bindings – much like a snowboard.

Currently, moving great distances in virtual worlds is possible by using directional pads/buttons on the VR headset's controller to move the character or simply "teleport" the character. This often induces motion sickness, because our heads bounce just slightly when we're walking naturally. Our crucial inner-ear feedback for balance (using our vestibular system) is lost when moving with controllers.

Cybershoes support the SteamVR platform – now compatible with the Valve's treadmill support as well. They are also compatible with any VR game that allows free movement via controllers, and are usable with most common VR headsets including HTC Vive, Oculus Rift, Windows Mixed Reality and Pimax.

Thanks to the sitting position, as opposed standing, Cybershoes enable far longer VR sessions without causing the users to become tired, while at the same time helping them exercise their legs.

"VR is an endless space, but until recently, users weren't able to walk naturally in it,” said Michael Bieglmayer, CEO of Cybershoes GmbH. “Joystick movements make people dizzy and teleportation ruins the whole immersion. We experimented quite a lot and now have our third and final redesign ready for retail launch. Our solution is easy and practical for home use. I can attest that it offers an immersion that even VR veterans will find hard to escape."