Zillah Watson, head of BBC VR Hub announced that the award-winning producer of 360-degree video content will be closing up shop, after one final series.

Launched in November 2017, the BBC’s VR Hub has created cutting-edge VR films across news, comedy, drama and history, winning praise at the Tribeca, SXSW, Future of Storytelling, Sheffield and Venice film festivals and multiple awards including the Rose d’Or and the Raindance Best UK VR Experience.

Watson said that the BBC will continue to identify audience opportunities for VR, and continue to license its existing projects, but she seemed to emphasize that this was mainly a research project from the beginning, and that they wanted to share the secrets of their success, “giving others in the immersive industry front-line, practical advice on what makes world-class virtual reality and 360 video.” 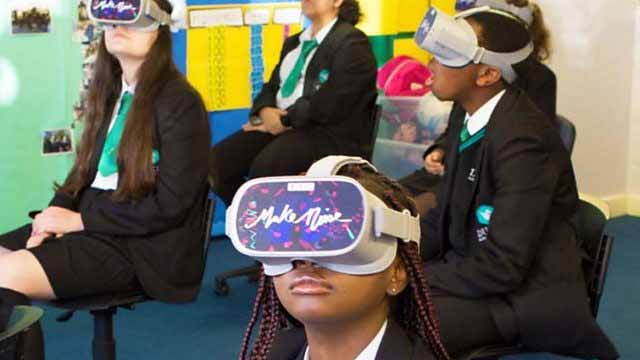 “Given the BBC’s credibility, along with its deep understanding of audiences, we were perfectly placed to help bring virtual reality into the mainstream in the same way we led the introduction of early TV and radio,” said Watson. “We’ve now experimented with VR across all genres - from news and history to comedy.”

The team behind the VR Hub has put together a comprehensive guide, called, "Making VR a Reality Storytelling and audience insights 2019," which is loaded with straightforward practical advice for VR filmmakers. The guide covers some of the creative and technical challenges they faced in each genre, including shooting, editing, graphics, design and sound as well as research that sheds light on what resonates with audiences and what doesn’t.

“Our research has showed us that VR’s unique impact is in creating emotional, memorable connections with places and events,” said Watson. She cited two particular studies, published with professors Mel Slater and Anthony Steed in Frontiers in Robotics and AI, that found that maximizing the sense of presence and embodiment in VR can make for more memorable factual experiences for audiences.

“For the BBC this is particularly interesting. If VR provides more memorable experiences than other media, and helps people to engage more deeply with world events, it could be important in serving the BBC’s mission to inform, educate and entertain,” she said.

Over the past two years, the VR Hub produced “Doctor Who: The Runaway,” “1943 Berlin Blitz,” “Nothing to be Written,” “Make Noise,” “People Just Doing Nothing,” “Crossing the Sky” and “Atom to Orbit” as well as several 360-degree news reports for BBC News – covering drama, animation, history, documentary, journalism and comedy.

Its final project, “Missing Pictures,” is a co-production with Arte and Atlas V in which film directors discuss one of the projects they weren’t able to bring to the big screen while immersing the viewer in a VR version of their original vision. The first of the series of six experiences features Abel Ferrara (Bad Lieutenant, King of New York). His missing picture is Birds of Prey, in which a young revolutionary figure was to lead an oppressed society to revolt against the corporations running a futuristic, dystopian version of New York City.

“As VR and AR headsets become more comfortable, affordable and easier to use, we can hope that the unique powers of immersive storytelling will become ever more accessible,” said Watson. “Understanding and harnessing these techniques means journalists, film makers and broadcasters have a fabulous new toolkit to tell powerful new stories to audiences.”

Click here for a copy of "Making VR a Reality Storytelling and audience insights 2019" in PDF format.